Stay at home, save lives: Get the latest updates and guidance on coronavirus.

…here's how we're celebrating them

The names of 59 people who were instrumental in fighting for women’s right to vote will be etched on the plinth of a new statue of Millicent Fawcett, the first monument to a woman to stand in Parliament Square, Mayor Sadiq Khan has revealed.

Well-known suffragettes such as Emmeline Pankhurst and unsung heroes including working-class speaker Minnie Baldock are among the individuals commemorated on the plinth of the bronze statue, designed by Turner Prize-winning artist Gillian Wearing.

A one-day exhibition entitled Make A Stand featuring life-sized images of the 59 campaigners is running on 6 February in Trafalgar Square, together with famous rallying slogans such as “deeds not words”. Trafalgar Square was the site of many important speeches and rallies in the years-long fight for women’s suffrage.

It forms part of the Mayor’s year-long campaign, #BehindEveryGreatCity, to mark the centenary of the Representation of the People Act 1918, which won the first British women the right to vote, seeking to highlight London’s role in the broader quest for women’s suffrage and push for greater equality.

“These people fought tirelessly for women’s right to vote and while some of the names are well known, others have been too often overlooked,” said Deputy Mayor for Culture and the Creative Industries, Justine Simons.

“The campaign for gender equality has achieved so much over the past 100 years but it is clear there is still a long way to go. We want to honour this moment by bringing these key figures out of the archives into Trafalgar Square, on the same spot where major speeches took place 100 years ago,” she said.

The #BehindEveryGreatCity campaign will see a range of events and celebrations will take place throughout 2018, including at The Museum of London, home to the world’s largest collection on the suffragettes.

“6 February marks an important moment in the history of our city - 100 years since the 1918 Representation of the People Act was passed which gave the first women the right to vote,” the Mayor said.

“As part of our #BehindEveryGreatCity campaign I’m really proud to unveil the women and men whose names and portraits will be etched on the plinth of the Millicent Fawcett statue – which will be the first statue of a woman in Parliament Square,” he said.

The exhibition is commissioned by the Mayor of London and 14-18 NOW to commemorate the Centenary of the Representation of the People Act 1918 through the Government’s national centenary fund.

View our gallery of images from the exhibition

Pictures from the exhibition 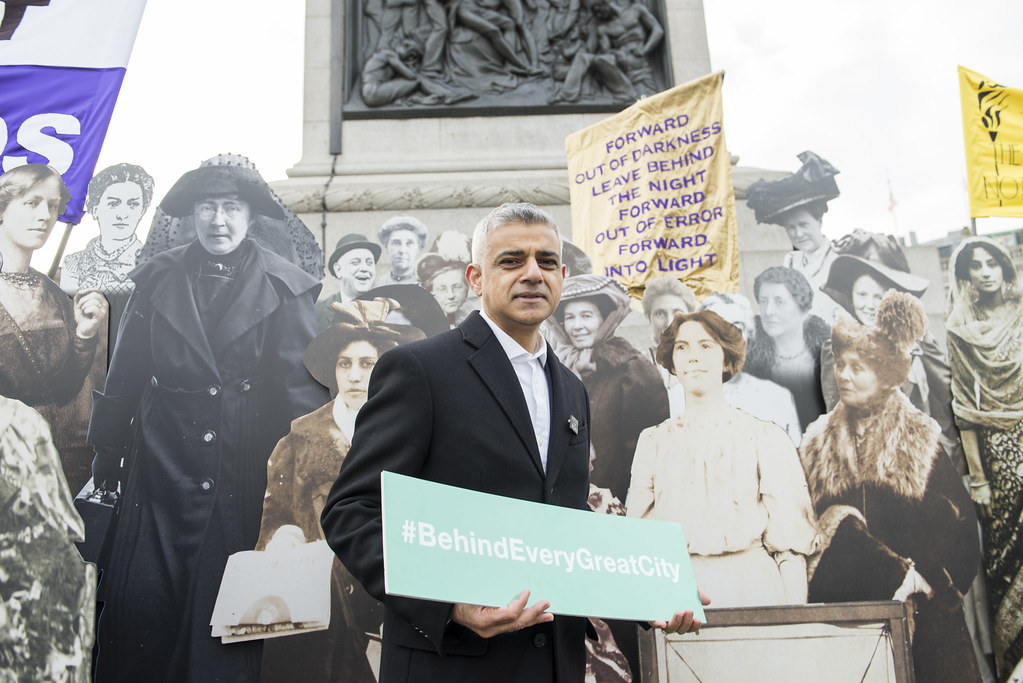 Women featured in the exhibition

The information you are providing will be used only for the purpose for which you provide it. If you are selecting to receive our newsletter(s), you are providing your consent for us to process your personal data in this manner for this purpose. We will not add you to any other mailing lists unless you ask us to and we will not pass your details on to third parties. Your personal data will be handled in accordance with our privacy policy.

16 March 2020
Our monthly feature telling you what's currently being shot for TV and film across the city.

Age Against the Machine

12 March 2020
Age Against the Machine Festival used culture to enable older people to make an active contribution to civic life.

11 February 2020
Our monthly feature telling you what's currently being shot for TV and film across the city.

Joy Yamusangie is inspired by movement in the city