Stop the spread. Stay at home. Save lives.
Get information and guidance on the coronavirus outbreak.

This page provides an overview of the Alma Road SuDS project, which directs rainwater from the highway into attractive rain gardens. The result is reduced highway flooding and cleaner water entering the drainage system.

Where & why were the rain gardens built?

Alma Road is a busy highway in Ponders End, Enfield.

It suffers from surface water flooding because of the large amount of grey, hard surfaces in the area (so rainwater isn't absorbed by the soil or by plants), and because the local drainage system doesn't have enough capacity to take lots of rainwater.

It also reduces the water quality of the River Lea. Rainwater picks up large amounts of pollutants from Alma Road before entering the road's gullies and feeding into the Brimsdown Ditch, which leads into the Salmon's Brook and then the River Lea.

This project was originally meant to create rain gardens along the stretch of Alma Road south of the Lea Valley Bridge. this would link into the SuDS features provided by the Alma Road Regeneration Scheme. However, developer Countryside has now included the highway and proposed rain gardens as a part of their development. Countryside has also committed to creating other SuDS measures throughout the regeneration area.

The rain gardens are designed to accommodate the 1 in 5 year rainfall event. They have overflow pipes into the sewer network, to avoid overflow into the road in more severe events.

The rain gardens have been adopted and are maintained by Enfield Council’s Highways Services team. In the long term, the rain gardens will not be much more expensive to maintain than the original gullies.

An important part of the project was engaging students at nearby Alma Primary School with SuDS. Workshops were held with students, staff and locals, and the school has installed two rain-planters. There is also interest in installing more SuDS on the school site.

A mural for the Lea Valley Bridge was commissioned to leave a lasting educational legacy. Year 5 students created art work that was incorporated into the mural. They also helped paint the mural, together with Oasis Academy, HSBC corporate volunteers, and local people.

The Ponders End SuDS measures are setting an example for the wider uptake of SuDS in other developments across Enfield. For example, as a result of the Alma Road project, SuDS sessions were held with Enfield Council’s Transport team. Highways engineers are now using SuDS measures in their designs, including traffic calming schemes, footway renewals and 'greenway' cycle routes.

It has taken time for drivers to change their behaviour on this section of road. There was some damage to the rain garden kerbs in the first few weeks. However, drivers are now used to the change, especially after the road was re-marked. A comparison of current traffic speeds with a 2014 baseline will identify whether this calming measure has worked.

Originally it was hoped the rain garden at the Alma Road / Scotland Green Road North junction would take rainwater from the roof of a nearby pub building, by disconnecting its downpipe. The owners of the building revealed that the pub was likely to be sold in the near future. However, the new owners now have the opportunity to divert rainwater from the roof into the raingarden in future. 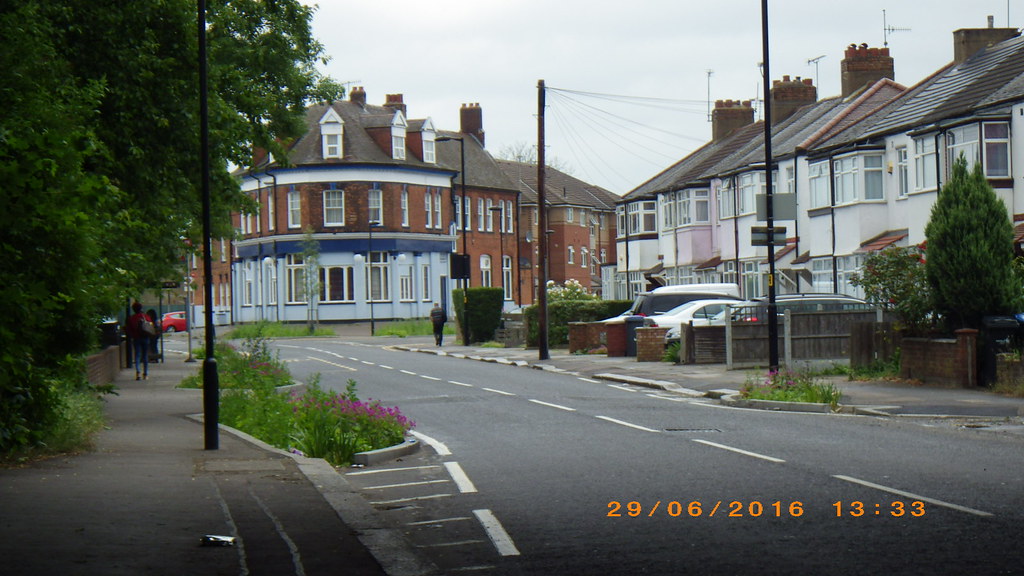 What were the main lessons learned from the five SuDS retrofit projects?

How several different SuDS measures were installed across the Lost Effra catchment.